My involvement in the energy sector was a product of my early career in banking which I look back on with happiness as it gave me a solid grounding in some of the key skills necessary to operate in the world of listed oil & gas companies.

My entry into the oil sector followed my most important achievement as a young banker: organizing the first loan to Vietnam in its history in 1986. At this time the Country was a pariah state and viewed with suspicion and hostility by almost all the Western world, especially in the wake of an unforeseen victory against the United States in the Vietnam War.

I developed an understanding of the Country whilst negotiating the loan with Vietcombank, short name for ‘Bank for foreign Trade of Socialist Republic of Vietnam’, and by meeting with Government officials. Whilst I was working on this loan the Government asked me if I was interested in trading Vietnamese petroleum. In some ways this offer was unsurprising, I was one of few Western financiers who had travelled to the Country, I had developed good relations with the Government and was seen as a reliable person with an international financial background who could sell the Country’s oil on the world markets. This was a time when Vietnam was one of the poorest nations on earth and reeling from a devastating conflict that had left the country in economic ruin.

Initially, I did not accept this offer as I was a banker. Within a year, however, I changed my mind and left banking to enter the oil sector. I approached the Vietnamese Government to know if this opportunity was still on offer, happily it was, and I have been involved in oil ever since.

As this took shape, I created a trading company with a specific focus on crude oil, textiles and hides from Vietnam and later, Africa.

Following this time, my career has had a diverse, but largely coherent direction and focus on the energy sector, leading up to my present position as CEO & President of Zenith Energy Ltd.

In 2005, I shifted my attentions from the oil-trading domain to upstream oil & gas production and exploration.

To this end, I founded Zenith Energy Ltd. with a group of like-minded and ambitious oil executives on September 20, 2007.

Zenith Energy Ltd. is an international independent oil & gas company with production, exploration and development assets in the Republic of the Congo, the Republic of Azerbaijan, Italy and Tunisia. It is listed on the London Stock Exchange Main Market for listed securities (ZEN) and the Merkur Market of the Oslo Stock Exchange (ZENA-ME). 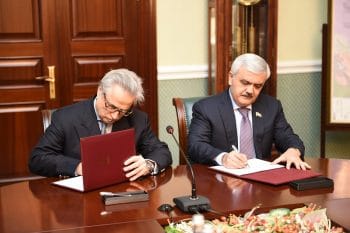 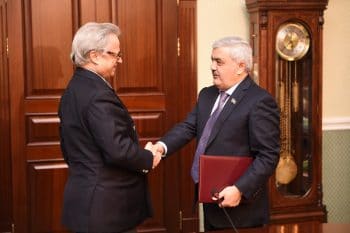 We use cookies to ensure that we give you the best experience on our website. If you continue to use this site we will assume that you are happy with this.OKMore about cookies
Go to Top